West Thames College have partnered with the London School of Basketball to host the LSB Hounslow Basketball Academy, who compete as the West Thames Tigers, to provide an elite level basketball training and competitions program, alongside top-quality academic courses for aspiring young players in West London.

The Academy is an exciting opportunity for talented 16-18 year old players to combine basketball skills development and career progression, while gaining academic qualifications in a wide array of subjects at West Thames College.

If selected, you'll study at West Thames College, where you can choose from a recognised Sports BTEC qualification to compliment a career in basketball or follow your career interests in any other field of your choice. You'll practice between 10-12 hours per week on campus with professional coaches and play competitive games against top college teams across London and the South-East of England.

If you have the talent, you will also be considered for international competitions and be supported through to earning a US college scholarship at the end of your course.

The Academy is led by former GB International and Commonwealth Games medal winner, Jermaine Forbes – who is widely regarded as one of the greatest and most accomplished players to ever emerge out of West London.  After a storied playing career that has spanned the globe and has been showered with success, Forbes has returned home as a fully-qualified coach to pass on his skills, knowledge, experience and know-how to the next generation of West London future-stars. 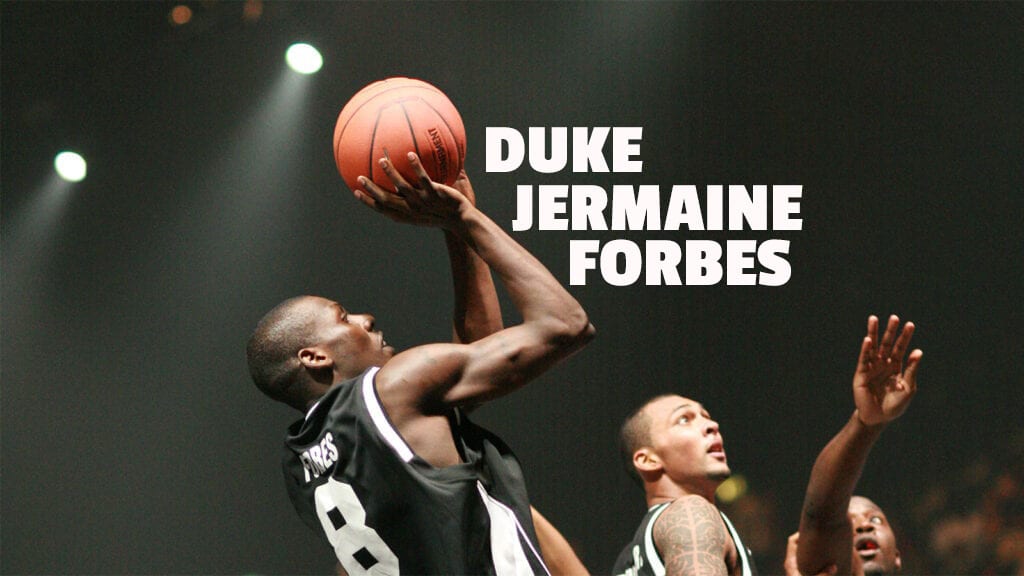 “Our aim at the academy is to help guide the next generation of players towards unlocking their true potential through providing them with the skills and tools they need to make it happen.  So many fall off the track before they’ve really given their ultimate goals their best effort or even understand what their best effort really is.  We want to help correct that.  Ultimately nobody can do the work for you, but as long as you have all of the right information, better understand how to get the best out of yourself, how the system works and have access to the places you want to get to, whether that be America, Europe or University here in the UK, we believe the success rates will increase dramatically.  I’m living proof that dedication and determination can lead you to your desired destination.  I want to show exactly what I did to get to where I got to and pass on all I’ve learned along the way to the next generation, while opening up all of my networks to help get our players placed in the right situations after they finish here at West Thames.”

West Thames Tigers compete in the Academies Basketball League (ABL), AoC, and also the CBL – providing in excess of 30 games per season for academy players.  The team will also be traveling abroad to give players invaluable international experience and providing all the support necessary to open up opportunities for playing college basketball in America and competing for University scholarships, while also opening up links for European progression, for those who fit the criteria.

The Academy invites all players aged 16-18 to come along to a trial to see if you have what it takes to be a part of something special.

To secure an invite to trial for a place at the West Thames Basketball Academy, fill out the short application, which can be found here: https://www.london-basketball.com/hounslow-apply/

Hounslow Basketball Academy is managed and delivered by the London School of Basketball in partnership with West Thames College. The academy has been developed to provide an elite basketball training, competitions and player support program, alongside top-quality academic courses for aspiring 16-19 year olds in West London.

The London School of Basketball (LSB) is London's biggest and most exciting grassroots basketball development agency that focuses on growing the game from the grassroots upwards.  The LSB specialises in basketball coaching for players of all abilities, while also facilitating educational programs to develop new and improved coaches, stronger clubs and creating more opportunities to play all across the city.

London Basketball is the hub for all of the best grassroots hoops programs, events and competitions across the city.  Our network covers teaching the game (LEARN), playing the game (PLAY), developing the game (DEVELOP), and supporting players and coaches progress within the game (PROGRESS), at all levels.  If you're into basketball and in London, we've got you covered.